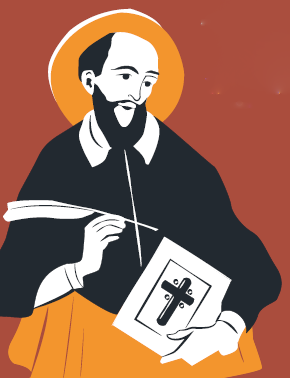 For Outstanding Contribution to Catholic Journalism

The St. Francis de Sales Award is the highest award the Catholic Media Association presents to an individual for his/her "outstanding contributions to Catholic journalism." Members of the Catholic Media Association are encouraged to nominate someone who, in the preceding year or throughout their career, has performed with excellence and contributed to raising the professional standards of Catholic journalism.

2022: Ann Augherton for her unwavering commitment to professional journalism, especially in the Catholic press.
2022 (special): Tim Walter for his unwavering commitment to uniting and building up Catholic media in his 13 years as Executive Director.
2021: Cindy Wooden for her career of service to Catholic journalism and by exemplifying the highest standards of our profession.
2020: John Feister for his commitment to effectively reach and faith-fully impact Catholics throughout the world.
2019: Mark Lombard for his high ethical standards, his respect for coworkers, his patience, his sense of order, and his solid skill both as journalist and businessman.
2018: Julie Asher for the professionalism she brings to her job and the ways she has raised the profile of the Catholic media nationwide.

View a complete list of those honored with a St. Francis de Sales Award.

The St. Francis de Sales Award shall be given to the person who, in the preceding year or during the years of his/her journalism career, while on the staff of or as a contributor to a publication that is a member of the Catholic Media Association, has performed the work of Catholic journalism either in general (for example, managing or editing a periodical) or in particular (for example, reporting) with such overall excellence or such originality or initiative, judged by that work's proper technical, intellectual, and practical-moral standards, as by his/her example to have contributed to raising the measure of performance of Catholic journalists, or to the development of new and more effective practices.

Any member of the Catholic Media Association may nominate one person each year for the St. Francis de Sales Award.

Once the nominating period is closed, a committee consisting of the previous five winners of the St. Francis de Sales Award will select up to three candidates to bring forward to the membership for voting.